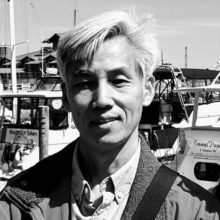 Before moving into America, Chin H. Shin accumulated profound experience and knowledge in oil painting and watercolor in South Korea, and he continued to study abstract painting for years for his Master of Art degree in Long Island University.

Chin H. Shin has been active artist for last 10 years and associated and showing paintings with art galleries like Williams Gallery in New Jersey, Bucks County Gallery of Art, Greenwich House Gallery in Ohio, Xanadu Gallery in Arizona, and transFORM Gallery in New York City. He also participated in the Other Art Fair in Brooklyn, New York.

Mr. Shin has been concentrating on New York cityscapes for the last five years after becoming inspired by the streets of Manhattan. The culture, history, music, and movies of New York serve as a guiding force for his paintings. Technique-wise, he has been influenced by Korean calligraphy and the wild brush strokes of Expressionism. All of these elements have influenced his work. Mr. Chin’s goal is to transform these street scenes of daily life into a form of visual poetry. Ultimately, he is looking for an extremely positive mental satisfaction found in his work. This can be broken down technically as tonal, color and texture; hopefully, viewers will understand the intended message he is trying to send through his paintings.

Mr. Shin past affiliation includes Oil Painters of America, American Society of Marine Artist, Portrait Society of America, and member of Huntington Arts Council. He was also a judge for the BoldBrush International Art Competition.

2014: A Judge for Boldbrush Art Competition 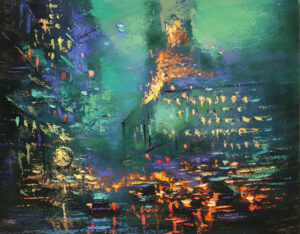 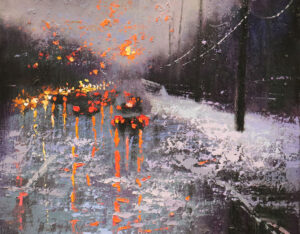