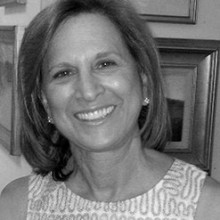 Eileen Serwer is a resident of New York City and the East End of Long Island. She received a Bachelor of Arts degree from Hunter College in New York and attended classes at The Art Students League and the Pastel Society of America, where she is a signature member and taught a landscape workshop in April 2012.

In April 2001, Serwer had an article published in The Artist’s Magazine, titled “Layers of Suggestion,” wherein she described how she creates pastel paintings. Two of her paintings were selected for the covers of Dan’s Papers and the Montauk Pioneer — both Long Island publications.

Serwer has exhibited in many prestigious juried, solo and group shows, including the Salmagundi Club in New York City, the International Association of Pastel Societies, the United Pastelists of America, the Pastel Society of the West Coast, the Degas Pastel Society, The Jemison-Carnegie Heritage Hall Museum in Alabama, the Connecticut Pastel Society, the Pastel Painters of Cape Cod, the Elaine Benson Gallery in Bridgehampton, NY, the Blue Hill Cultural Center in Pearl River, NY, the Works Gallery and the National Association of Women Artists Gallery, both in New York City.

Serwer’s paintings are included in both corporate and private collections throughout the United States, and abroad.