He has been accepted by the Screening Committee of the Greenwich Art Society to hold one person exhibitions and by the Screening Committee of the Rowayton Arts Center as a full exhibiting member.  Mr. Ryan spends a good deal of time traveling the Connecticut coastline in search of subject matter. When a promising subject is found he will sketch and photograph it in the field. This information is later used in his studio to produce the small, detailed, acrylic paintings on which he is currently concentrating. In addition to the area around Greenwich his favorite sites are in Stonington and Mystic, CT. He is a member of the Art Society of Old Greenwich, and the Rowayton Arts Center. He has works in private collections in San Francisco, CA, Southampton, MA, Greenwich, CT and London, England. His paintings have been shown in galleries in Nantucket, MA. and Annapolis, MD. 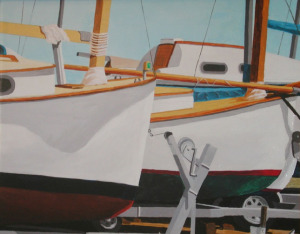 Catboats in the Yard By James K. Ryan

Icebound at the Oyster Dock By James K. Ryan 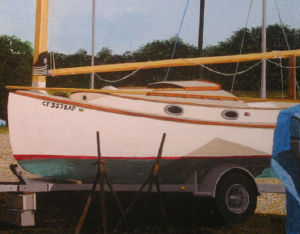 On the Trailer By James K. Ryan 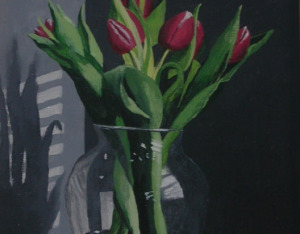 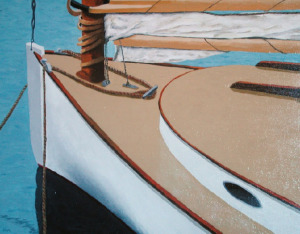