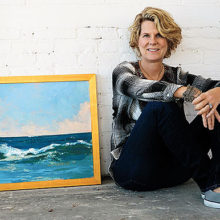 Julie van Norden began her art career in 1986. Although she has studied with many teachers at different institutions, her primary influences were Hilary H. Holmes and Harvey Dinnerstein, two well-known figurative painters at the world-renowned Art Students League of New York. She started her career painting portraits, working out of a studio on New York’s Union Square. Her portrait work can be found in collections from Texas to New York to England.

Working out of a new studio as a member of WALA (Wilson Avenue Loft Artists) in South Norwalk CT, Julie still does portraits, but her current work focuses on land-and-seascapes.

The World is Your Oyster By Julie Van Norden 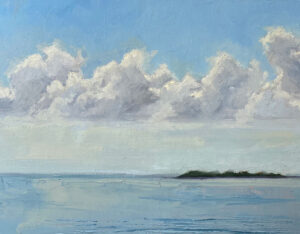 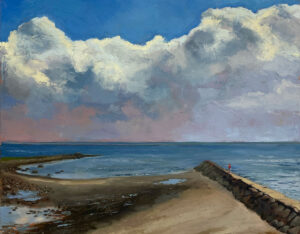 The Jetty By Julie Van Norden 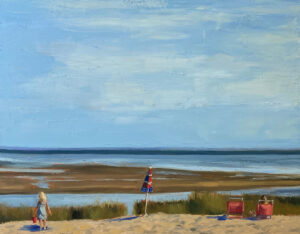