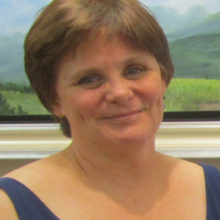 Take a Walk Through the American Landscape.

Sharon Hathaway grew up in the Mid West. She has been drawing since she was old enough to hold a pencil and painting since she was 13. She earned a BA in Studio Art and a Minor in Education in 1982 from the College of St. Benedict in St. Joseph, MN.

She has lived in the New Jersey Bay Shore area with her husband and two children since the Spring of 2000. She has taught art to children and adults, and has been a popular exhibiting artist in New Jersey.

Changing the Image of Acrylic as a Medium. “Necessity is the mother of invention and becoming a mother is what necessitated the change from oils to acrylics for me. My studio is a small corner of my living room in my small house; and since children and oils don’t mix, I had to try something else. I developed a style of painting in acrylics that allows me to achieve the quality I want in my work. I’m continually amazed at its versatility, and I’ve had a great deal of success with acrylic. Even though I may go back to oils again for the occasional painting, I’m very happy painting in acrylics.” 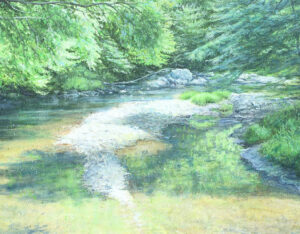 The Stream Bed By Sharon Hathaway 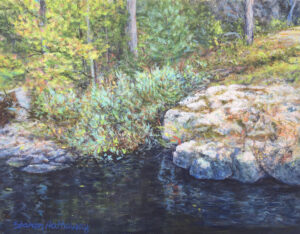 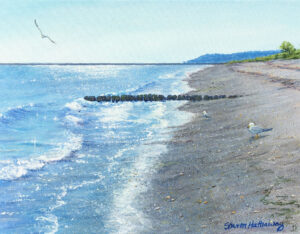 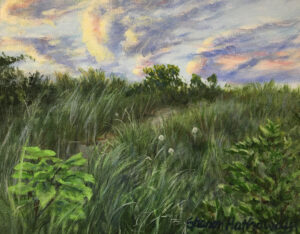 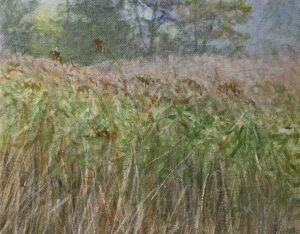 The Color of Mist By Sharon Hathaway 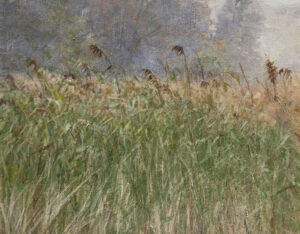