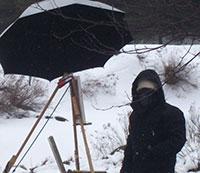 Barbara holds a B.F.A. degree with high honors from the University of Hartford where she studied with Rudolph Zallinger and Paul Zimmerman. She has also studied at Ringling School of Art, Hartford College for Women, and the Lyme Academy. Her work has been exhibited throughout New England and internationally. Her work was selected by the U.S. Department of State to represent the United States in Taipei, China at the American Embassy. She is represented in a number of corporate and private collections and has won numerous awards, recently including the Painting Award from the Connecticut Academy of Fine Art, the Awards For Excellence in Painting from the Rockport Art Association  and the Painting Award from the Academic Artist Association  and the Sylvan Gallery Landscape .  She received the Isabella W. Steinschneider award at theHudson Valley Art Association 2009 Annual Show.  Her painting, “Chasing the Light” was awarded top 15% distinction by the Jury for the August and September 2009 Fine Art Views painting competition. “Snow Light in Vermont” was awarded first place at the Tolland Art Center  Exhibition 2011. “Morning Fog” received second place at the Monson Art Association. Storm Passing won a best in show and Harbor Lights received a director’s award 2013.

Barbara is a philosophically direct descendant of the Old Lyme and the American Hudson River School painters, and approaches her subject in a way that embraces these traditions- honoring nature and working from direct observation.  Her landscapes explore the romance of color and light and have been described as “poetry.”  The daughter of a consummate fisherman and boater, Barbara experienced the mysteries and wonder of the sea while roaming the coastline of Nahant, Massachusetts as a child. She followed her father to the warmer waters of Florida, where he fished and boated and she attended the Ringling School of Art. Later, she explored the South Pacific coastline, where she was sometimes dropped by helicopter on uninhabited islands to paint pink rocks and turquoise waters. Currently, she lives in New England. 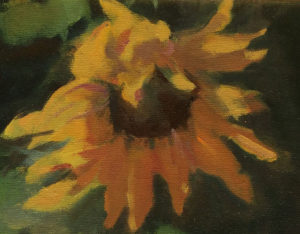 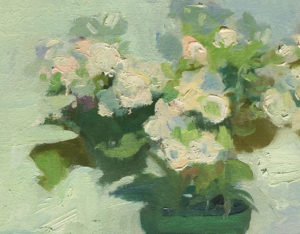 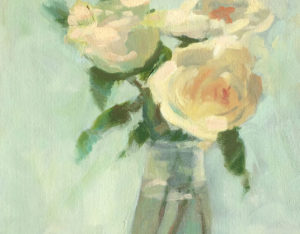 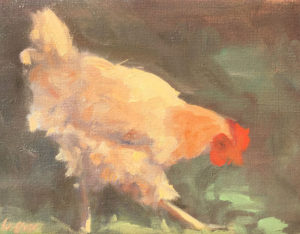 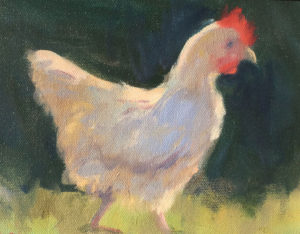