Robert is a plein-air impressionist oil painter of landscape and still life. He has been painting all of his life and attended the School of Visual Arts in New York, Newark School of Fine Arts, and the Ridgewood Art Institute in New Jersey. He has exhibited his work at the HBO Corporate Gallery in New York, Lambertville Gallery of Fine Arts, and The Hastings on Hudson Museum. He was also an award winner at the Ridgewood Institute of Juried Show in 2002. Robert says his palette was influenced by Frank Vincent Dumond of the Hudson River School and is a companion painter with Robert Grouppe and John P. Osborne. Robert is also a fine and accomplished woodworker who designed the set with furniture and art for Broadway’s play, Fortunes Fool. He lives and works in New Jersey. 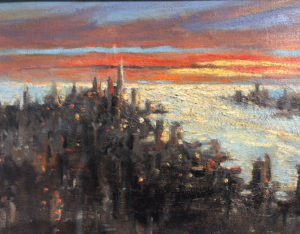 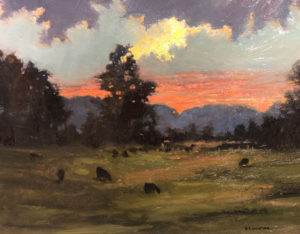 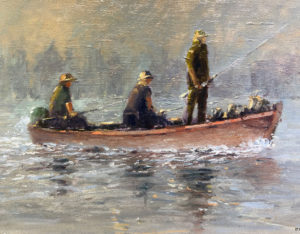 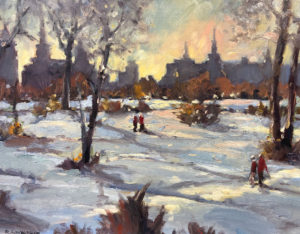 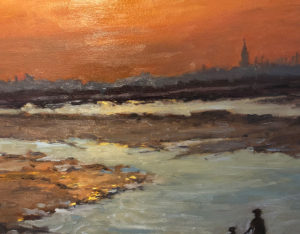 The Sky Line By Robert Waltsak